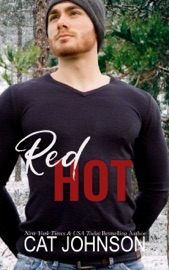 It figures . . .
I went my whole adult life with a crush on Cashel Morgan. Since before we both graduated from Mudville High—Go, Hogs! But I never got out of the friend zone with him. Until now. A decade after graduation.

And why is Cash interested in something more now when he never was before? That’s the most annoying, frustrating, exasperating, ridiculous part. It’s all because another guy asked me out.

No doubt about it, Cash Morgan is going to drive me insane, if I’m not already there. Because in the middle of my personal drama in what was formerly a non-existent love life, is the fact something wonky is happening at my store. Things going missing. Things being moved.

My friend Harper thinks it’s a ghost. Our friend Bethany thinks I’m just forgetful.
I’m not sure what I think—about any of it. The strange happenings in my shop. My date with the hot deputy investigating the oddities in my store. And especially not Cash.

All I know is that with all the craziness that’s happened around Mudville over the past six months, starting with Harper moving to town and her discovery of all the town’s secrets stashed in Agnes’s attic, we had better start to expect the unexpected.

RED HOT is a laugh-out-loud romp through the small town of Mudville featuring a love triangle one overworked shopkeeper never expected or wanted, a middle sibling who discovers he might possibly love someone else more than he loves himself, a mystery involving a very coveted missing cape, an estate sale full of clues, a surprise stranger—or two—who no one saw coming, more of the quirky Mudville characters you’ve come to love, and some of the most adorable baby animals ever!