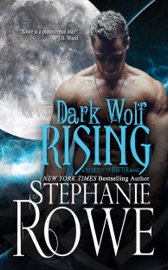 New York Times bestselling author, Stephanie Rowe, launches her explosive new Heart of the Shifter series, in which passion and loyalty are brutally tested in a world where survival is never guaranteed.

A decade ago, wolf shifter Cash Burns severed all ties to his past in order to protect his best friend, the childhood sweetheart he has never forgotten. When she's targeted for assassination by his pack, he's the only one who can save her…but at a cost greater than he can afford.

Haunted by a tragic secret, Bryn McKenzie has been fighting for survival, alone in a world she doesn't fit. She's on the run for her life, forced to choose between redemption and survival. She has nowhere to turn, until the man who walked away from her so long ago appears in her hotel room with a knife and a promise she can't afford to believe.

When passion ignites between Bryn and Cash, will it shatter what little hope they have for survival, or make them stronger than they ever thought they'd be?

ABOUT THE AUTHOR: Hailed by J.R. Ward as a "paranormal star!", New York Times and USA Today bestselling author Stephanie Rowe is the author of more than forty-five novels, and she's a five-time nominee for the RITA® award, the highest award in romance fiction. As an award-winning author, Stephanie has been keeping readers spellbound for more than a decade with her sensual, dangerous paranormal romances, as well as her emotional contemporary romances, and sizzling romantic suspense novels. For more information on Stephanie and her books, visit her on the web at www.stephanierowe.com.